1) Wim Hof, aka “The Iceman”, is a very prominent and influential figure who has been an advocate of using focused breathing techniques and cryotherapy to change…well, everything if you ask him.  His methods have been around for a while now and many have had very positive results utilizing his principles.  Here are some articles and information on Wim Hof.

2) He’s has a few World Records (via wikipedia):

2007: He climbed to 6.7 kilometres (22,000 ft) altitude at Mount Everest wearing nothing but shorts and shoes, but failed to reach the summit due to a recurring foot injury.

2009: In February Hof reached the top of Mount Kilimanjaro in his shorts within two days. Hof completed a full marathon (42.195 kilometres (26.219 mi)), above the arctic circle in Finland, in temperatures close to −20 °C (−4 °F). Dressed in nothing but shorts, Hof finished in 5 hours and 25 minutes.

2011: Hof broke the ice endurance record twice, in Inzell in February and in New York City in November. The Guinness World Record is now set for 1 hour and 52 minutes and 42 seconds by Hof. In September, Hof also ran a full marathon in the Namib Desert without water. The run was performed under the supervision of Dr. Thijs Eijsvogels.

3) Here’s one of his famous studies where he was injected with toxins and was able to control his autonomic immune response.

“Hitherto, both the autonomic nervous system and innate immune system were regarded as systems that cannot be voluntarily influenced. The present study demonstrates that, through practicing techniques learned in a short-term training program, the sympathetic nervous system and immune system can indeed be voluntarily influenced. Healthy volunteers practicing the learned techniques exhibited profound increases in the release of epinephrine, which in turn led to increased production of anti-inflammatory mediators and subsequent dampening of the proinflammatory cytokine response elicited by intravenous administration of bacterial endotoxin. This study could have important implications for the treatment of a variety of conditions associated with excessive or persistent inflammation, especially autoimmune diseases in which therapies that antagonize proinflammatory cytokines have shown great benefit.”

6) I wonder how necessary the gasp reflex after the full exhale is? Maybe that’s more just about the practice of pushing yourself into uncomfortable places? Or maybe it’s a necessary neurological response?

8) It’s almost like practicing the scary flight-or-fight response in a non-threatening environment to teach the brain how to better react to the body. “When we engage consciously in a stress experience e.g. by deepening and accelerating the breathing, the nervous system reacts differently as it realizes that there is no real danger, but a challenge the organism faces on a conscious and an unconscious level. We create an overwhelming situation, which might remind us of previous experiences, but within a situation of relief granted by our conscious choice and by a stable and securing environment. So we are not overpowered and out of control as in the previous experience, which is triggered.”

9) I wonder how Wim Hof’s method would work for those with anxiety, depression, or panic disorders.  Maybe it would associate the hyperventilation with self-control?  Maybe it would calm their nervous system down enough to slow the negative thoughts?

10) Here’s a great documentary from Vice on Wim Hof.  Gives a nice overview of his history and his approach.  I like how the narrator brings attention to the power of Wim’s personality, communication, and passion as a culprit for the success of the intervention. 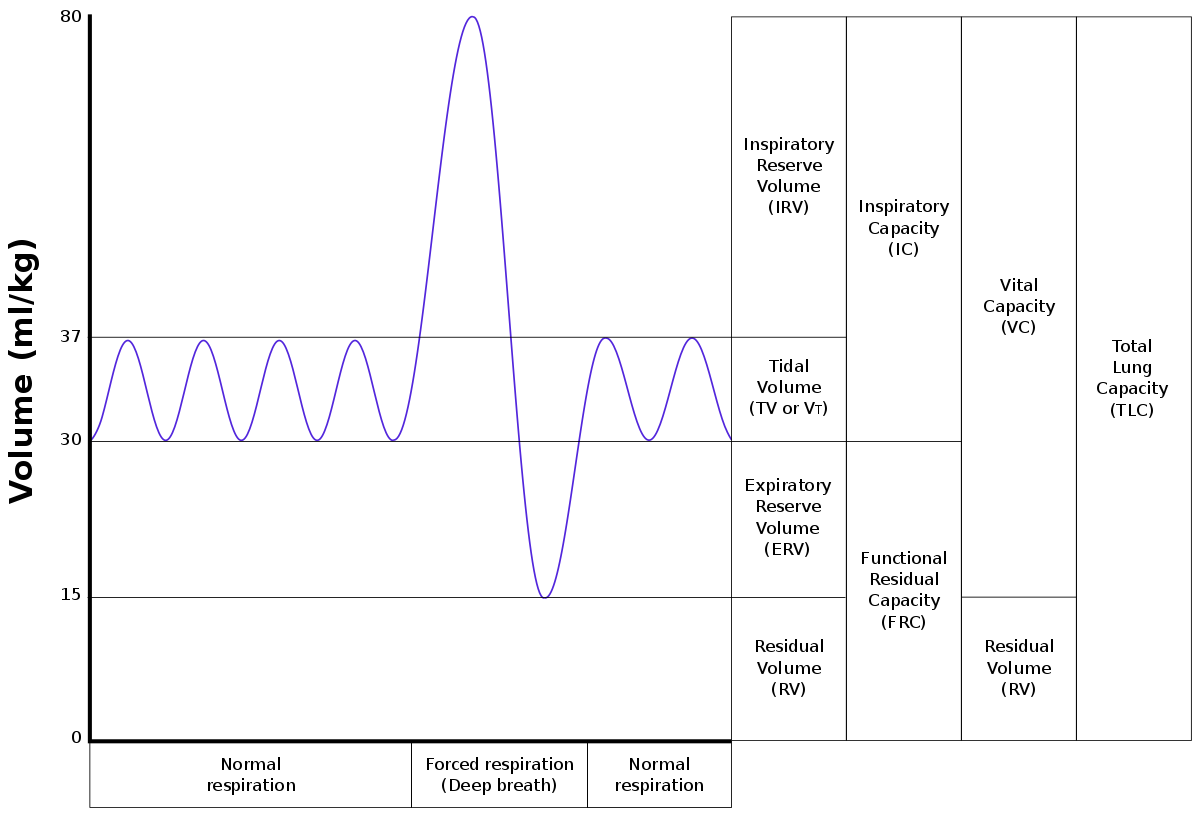 12) This article goes deep into some of the effects of his method and shares this nice summary picture below.  Proposed benefits from this article, “Control your immune system, change your core body temperature, create super human strength and stamina, sleep deeply, burn fat, reduce inflammation, have more energy and switch off stress at will.”

a) Kelly Crawford shares a very indepth and thorough review of the Wim Hof Method.  A great overview of the many facets of his approach.

2) RETENTION – Hold Breath After Last Breath Out (or 2 minutes)

13) Maybe it was the momentum from Wim Hof?  Or maybe it was just the necessity of something novel?  Whatever the reason, whole body immersion cryotherapy (WBC) has become very popular in the last few years.  Like all things that become trendy in the public realm, it is associated with all sorts of sales.  Or as some call it…benefits.  Some of these “benefits” have been: decreased soreness, improves mood, lessens depression, boosts immune system, stops the flu, activates regeneration, treats autoimmune disorders, reduces pain, increases collagen production for better skin, reduces cellulite, and decreases body fat.  I haven’t done an a ton of research on WBC.  But it seems you can support your preference either way.  So for me, it’s not something I recommend or have a strong opinion on.  As long as it’s administered safely, I see it as an n=1 situation.

14) Even outside of the newest WBC trend, cryotherapy continues to be a hotly debated topic (sorry, couldn’t resist).  Below are a few random articles and concepts on general cryotherapy.

15) If you want to get into the nitty-gritty details, read this article.  “The great advantages of ice as a treatment are not its impressive biological effects — unknown and unproven! — but its thrift, ease, and safety: treatment options simply don’t get any more innocuous while still having some plausible mechanism of benefit.”

17) Here’s some icing stuff from the archives of this blog:

One of my first posts on my blog advocating the use of ice and the “natural powers” of it.  It’s funny to read it now.  From my athletic training background I was a very strong advocate of ice when I first came out of school.  I still think there is value in cryotherapy, but my perspective has changed drastically.

From 2014: Kelly Starrett helped swing the pendulum to the anti-icing side

Do you know about the anti-icing movement?  Many are advocating against cryotherapy post injury.  Some blindly jump on the bandwagon, some feel threatened and become defensive, and most of us just want to know why.  I’ve recently come across a couple great articles on the theory and evidence that explains why we should not ice injuries.  Even if you continue to ice, you should at least know what it really does (e.g. numbing effect, descending modulation, body temp regulation, placebo).

To sum it up “Groceries In, Garbage Out”

Groceries In – inflammation brings in tissue healing cells, ice prevents the flow of these important cells

From 2016: Here’s a thorough review of cryotherapy from Travis Bruce (Part 1 & Part 2) – “Ice baths blunt the acute molecular response to resistance training and impair long-term gains in muscle mass and strength. Athletes should reconsider using ice baths after strength training, particularly in the off-season or preparatory period when the focus is on adaptation rather than performance.”

19) Here’s a systematic review of cryotherapy, “Based on the available evidence, cryotherapy seems to be effective in decreasing pain”

20) “In conclusion, although icing disrupted inflammation and some aspects of angiogenesis/revascularization, these effects did not result in substantial differences in capillary density or muscle growth.”

21) I’ve work for, and with, some phenomenal clinicians that regularly used cryotherapy for their patients…

23) I think we might be focusing on the wrong thing with the whole modality drama.  Sure, RCTs make us question the physiological effects and outcomes of ultrasound, e-stim, moist heat packs, etc.  But what about beliefs and expectations?  There are no adverse effects if used properly.  Like Adriaan Louw once said, maybe we need a Clinical Prediction Rule for modalities?  #usetheplacebo

25) Researchers use ice-cold water immersion in pain studies.  It’s used as a method to determine people’s pain thresholds and reaction to nociceptive stimuli.  Since the effects of ice-cold water immersion (short-term) are not damaging and it’s effects are only temporary, maybe we can use it as a pain exercise.  As an exercise to cognitively restructure painful sensations.  It’s like a sneaky way to practice mindful awareness of sensation and control of focus.  It forces people to actually feel their bodies and get out of their minds.

Maybe this is one of the benefits of cryotherapy and the Wim Hof method?  Reconceptualizing discomfort and pain.  Rewiring the brain and the body.  Learning to get comfortable with the uncomfortable.

26) What do I do?  I focus on the patient.  If patients are curious or if I think it’s appropriate, I’ll advise them to give it a try and see how it feels.  If they ice their knee for 20 minutes at night and it makes no difference or makes it worse then I have them stop.  If it makes them feel alot better then I tell them to continue as needed.  Why take away something safe that helps them because of my beliefs or biases?

28) Sometimes figuring out what works is more important than understanding how it works.  #ClinicalSimplicity